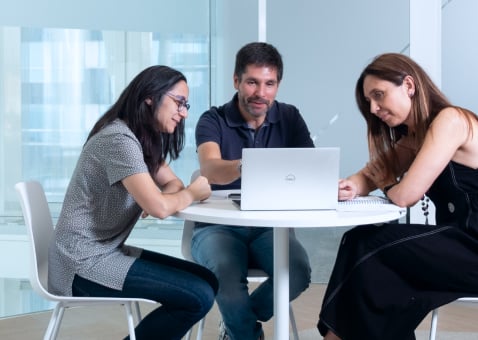 False and misleading rumors about COVID-19 have been flying around the globe to such an extent that it has been defined by the World Health Organization as an “infodemic” – or, according to some commentators, a “disinfodemic.”

Some of this fake coronavirus news aims to increase fear and panic. Some spread stories of a miracle drug. Some ascribes the source of the virus to a specific state or blames its spread on minority groups or other causes.

For example, conspiracy theories falsely claiming that the deployment of 5G technology has caused the spread of COVID-19 led to a recent attack on a telecommunications tower in Greece.

Bottom line: Fake news at this time is exacerbating the world’s existing problems – causing harm to social cohesion, creating political tension, and more. But hoax news is easy to spot – that is, once you’ve been sensitized to the nuts & bolts of how it works.

Let’s have a look at how it's created online. By being able to identify typical pseudo-news characteristics you can weed out fake news stories – and help break the chain of mistrust.

What Goes into Fake News?

Fake news, also known as junk news, hoax news, pseudo-news or alternative facts, is a broad term, covering a variety of techniques used by threat actors that can include:

How are Fake News Items Created?

Writing a fake news item is surprisingly easy. The Internet is full of free tools that are quick to use and make stories look reliable.

Once a junk news item has been created, there are many tactics that can be used by threat actors to make sure it comes up on your news feed. For example, Siri and other voice systems do not validate the facts that they provide to users. If a fake news item is effectively promoted in the search engines, it can come up on a voice-based search.

If you know what to look for, it’s not hard to uncover a fake news item. Here’s how:

Let’s Work Together to Put the Brakes on Misinformation

Coronavirus is having a severe impact on public health and the global economy, fake news has the potential to cause additional damage. By learning how to identify what’s fake and what’s not, you can stop the spread of dangerous ploys and wild rumors.

Fake news is just one of many techniques used by threat actors to manipulate users and gain access to an organization.

If you would like to speak to a CyberProof expert about protecting your organization from the different types of cyber attack, or have questions for the author, contact us today.